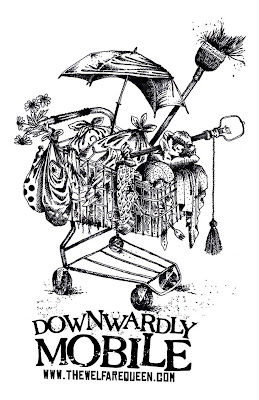 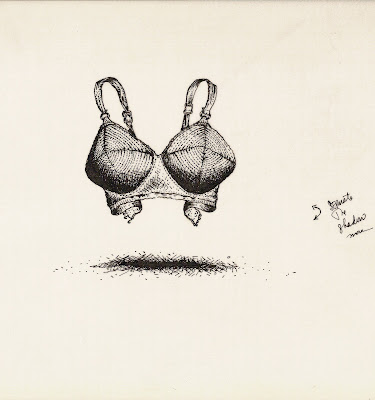 Location: San Francisco, CA
How would you describe your art? My art? Like a little kid left in a cave with her school pack.
Currently working on: A book and a movie. I think this is the last you'll hear of me right here. I’m out of my league.
Day job (if applicable): None. Yet...
3 Likes: Music, James--my best friend, and my cat
3 Dislikes: Liars, scared people, anything too institutionalised
Daily Inspirations: To change the world and show another way to be a superfreak without burning out. Not sure I’m succeeding today, though.
People & artists you admire: James--my best friend, thich naht hanh, Kurt Vonnegut
Favourite album(s) to listen to when working: Changes on depending on my work. Metallica used to be fun before the "scared people; anything too institutionalized" dislike kicked in.

Hi Erika, how are you? What are you up to at the moment?
I’m having a rough day. A bolt of inspiration made my previous book idea irrelevant. And now I have to scrap previous idea and start anew.
I’m exhausted.
But I get weary because I’m so idealistic and feel like I’m born into a cheap world so often.

How did you get started with art, and how long have you been creating art, embracing your creativity, and working towards developing your current style and output?
I was born observing. It’s often hell. I understand what crappy entertainment is for now: to forget how crappy life can be. To feel is often exhausting.
I’m not in a good mood.
It’s been a rough seven years. I think I broke a mirror somewhere.
But I get hits of bliss which make it all worthwhile...
Ay!

I have heard you say that when you were young, cartooning got yr mum’s attention. What were those early cartoons like and about, and what led you to continue creating and developing them?
They were funny because humour would get her attention. And I still "lap dance for mommy" today.
My humour is what gets attention. I have to slog through the despair to get to the funny.

Were your artistic endeavours encouraged from an early age, perhaps giving you a sense of perspective over your productivity and its worth?
Yeah, when people laughed, that was a high.
Addicting.
That was its worth and still is for me.

Where do you create? Do you have the space to create all the kind of art you want to?
Oh no, I live in about 400 sq feet with James, my best friend, James. I call him 'thames.' have no idea how that came to be.

You went to art school – what did you learn from this experience that you still incorporate into your work, or that still influences you today?
I learned to finally finish things. And now I like epic projects. I learned tenacity. And I learned to love other artists. Visual artists don't much get writers. But visual artists feel like home wherever I am.

What role does artistry and creativity hold in your current everyday, day-to-day life?
Unfortunately a major all-the-time role. I kill any deal that is otherwise. I pay dearly for this privilege.

I am very interested in how and where women gain access to their own confidence, and self-belief -- especially in terms of how they are able to produce and create with a sense of assurance, belief and certainty.
What is your personal relationship with confidence?
It lurches up and down. In the end I see how I feel inside. Most people try to diminish us just to control us so they get what they want. It’s just "wild kingdom" out there. It’s just natural.

How has your approach to carrying out your creativity changed since moving between illustrated books to reading your work, and illustrating it through live performances?
My creativity hasn't changed. Just my audacity and standing up to my beliefs with my own face. That’s hard not to hide behind art or words. To own it. To stomp.

In most of your books, the layout of and the actual hand written text functions as a form of illustration. Would you say that this is the same with the use of your voice in performance – that your voice is the illustration?
Oooh. Nice. Like that!

When working on spoken word/written projects, do you miss cartooning?
No. Cartooning is very private. I don't need to publish. When I perform, I feed off many people.

You are employing a DIY style of self-publishing and spoken word now (no longer tied to publishers or others’ schedules or expectations of promotion)
Are you enjoying having full creative control over your production?
Yes. Too much. That’s the problem.

There seems to be a reoccurring theme in your art – that of reworking Latina stereotypes to give them female agency, self-possession, and sexuality on their own terms. As such, interrogating and revising Latina stereotypes and Latin cultural icons.
Alongside reclaiming Latina stereotypes, there appears to be further examples of reclaiming female visual images in general in your work.
By depicting sexualised, rad, strong women there’s a divergence from fixed social norms on femininity – especially from within the comix field where traditionally “female comics” and comics aimed at girls and women were filled with heteronormativity and fixed traditional roles of quaint uber-femininity for the characters.
Has it been a conscious aim for you to queer femininity norms & female (self)-representation, and disrupt gender and gendered norms within your work by depicting other truths and ‘our’ norms?
Absolutely! Couldn’t have said it better myself.
I think our life depends on diverging from social norms.
Suicides speak to that. Cut up faces and arms and white knuckling it into our upper ages.
It’s tragic.

I once read you say:

“I do want to hear about people – especially younger ones – reading my stuff and feeling like they can be more of who they are […] It’s not sexy to be your dorky self and there’s nothing out there that encourages you to […] to be oneself is to sign up to a lifetime of embarrassment, dorkiness, many come-to-jesus talks about fitting in “or else”, and many family fights.”

To what degree therefore do you wish for your work to be seen as acceptance of others’ unique lives, and a way for alienated people to find a form of self-assurance via your depictions of non-mainstream or “non-traditional/unacceptable” lives? Setting yourself up as a dork/outsider for others to believe in and aspire to?
Is it important to you that your work have a constructive, positive, inspiring role for women readers?
I don't want anyone to emulate me, as much as see the paste up lines of doing it your way because everyone works and copies each other to make it all look so easy. To make it up as you go along is hard. There’s no map.
I want to show what THAT looks like so others feel more confident. Whatever they're doing. It doesn't matter. All that matters is individuality, integrity, honour. Then we won't be unhappy and be vampires to others' souls. And we recognize when others do that with us.

Your most recent project is the Welfare Queen. What is this all about?
Could you explain to me where the ideas for this come from, how you are presenting this project, and why you personally wanted to document welfare queens in your work at this time?
Well, I did the welfare queen as a show a few years ago when I was on welfare after having a flourishing book career. I was so full of despair, I finally laughed. And it became a cartoon. Then a dare to do a show. Then I toured it.
Posted by Colouring Outside The Lines at 00:13